And we are all still alive. The baby is lovely, the bosoms have almost repaired themselves from the weeping splits and shooting pains of a candida infection, the undercarriage feels as good as new. Today I went for my six week checkup and I asked the Dr whether I could start running again and to my deep sadness she said yes – that provided my body wasn’t poking out in parts that it shouldn’t be, then I  should be right as rain to go pounding around the park. I am a good 10kgs chunkier than before, so obviously a jog wouldn’t hurt, but OH IT WILL HURT. Not even the lure of a good podcast is enticing me back – but I must get back onto the horse, or into the leggings if I am to wear my excellent though wildly inappropriate sample sale wardrobe filled with floor length formal dresses and officewear. ATM most of my button-down shirts barely contain my upper arms and everything is too short. The maternity jeans are too big but my normal jeans are too small and the best I can do is shroud myself in layers of wool coats – a tricky thing to keep up when climate change has given us sunny 20 degrees in the depths of winter.

So, the baby sleeps quite well, in a pseudo-Gina Ford almost-there-but-not-quite kind of way. Mark has invested in some bespoke silicon ear plugs, made just for him when he attended a gun show somewhere in the English countryside, which annoys me greatly because a) he doesn’t wake up when the baby wakes, and b) if he does wake, he doesn’t have to *do* anything but drift back off to sleep, safe in the knowledge that no-one is relying on the presentation and sacrifice of his nipples to keep them alive until morning  and c) I don’t snore – but he still does. So some nights at 3am, when I am propped up in bed feeding the little snuffler, Mark starts snoring like a ruddy train and I could punch him with my one free hand – and I ask you – which one of us needs the special earplugs? Not that guy. For a few nights he slept on the couch and then he tried to sleep in the boys bedroom but he woke them with his snoring. Even the dog tends to move away from Mark in the evening. So…I wouldn’t mind handmade earplugs, but if it means I have to attend a gun show, I obviously have to pass.

Here I am with my no-longer-tiny-newborn. OH HOW I MISS THAT SMALLNESS! 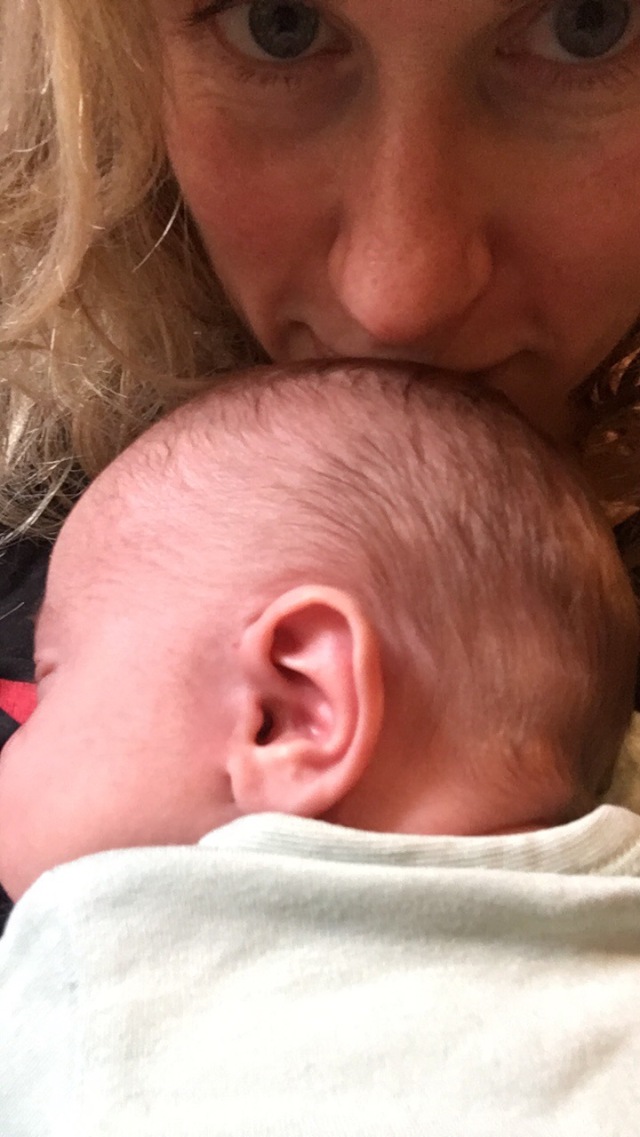 Meanwhile, the eldest has to have glasses and braces. How we all just deteriorate, piece by piece. 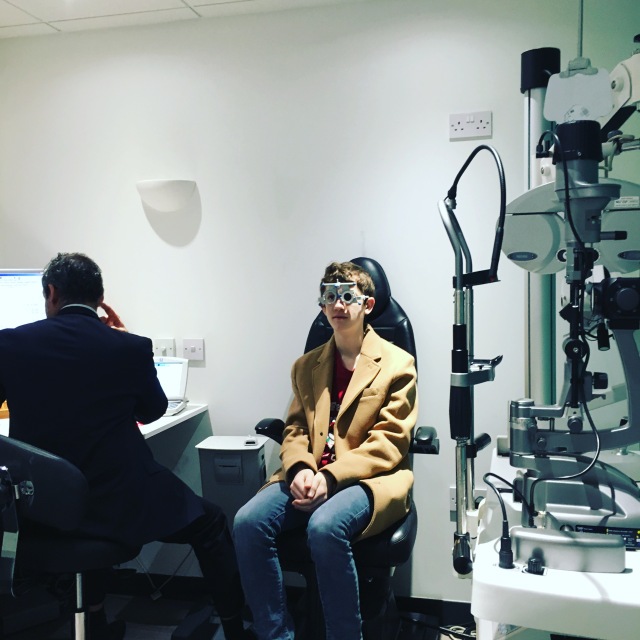 Inspired by their father carrying Remi in a sling, the two formerly youngest took their babies out to Portobello Road strapped to their chests for small plastic treats from the £1 shop (I know, I know – the plastic thing has to stop) and later, rosemary fries and churros which are all hard things to eat without dropping onto your baby’s head. I know of what I speak here. 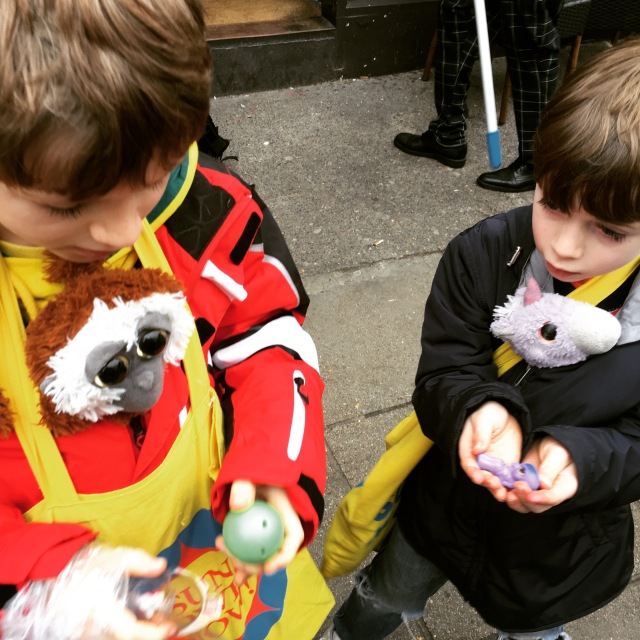 Half term helmet-wearing and unfortunate gurning: 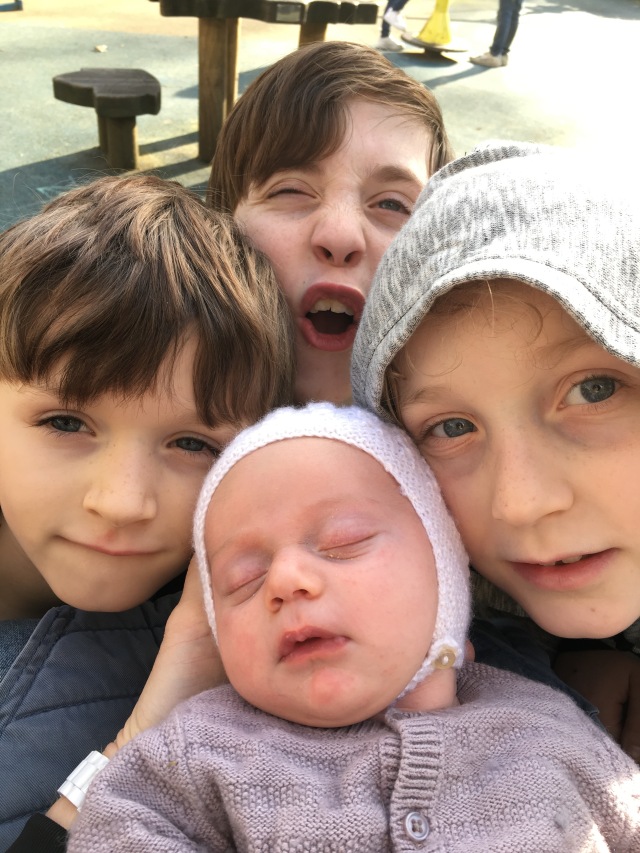 Also on the half term subject, which was a loooong week but at least involved not having to go anywhere at 8am, we took the kids to Cliveden for a very late lunch and a play both near and in the Thames. This is the old dead tree the boys like to climb out on – this time, Mark suggested Noah try to go as far as he could onto a skinny dead branch which broke and Noah fell in. Falling into water is the kind of thing he does fairly regularly on trips out: into the Med, onto rapids, freshwater Turkish trout rivers, Cyprus harbours, etc – and so he was unfazed, though a little cold. 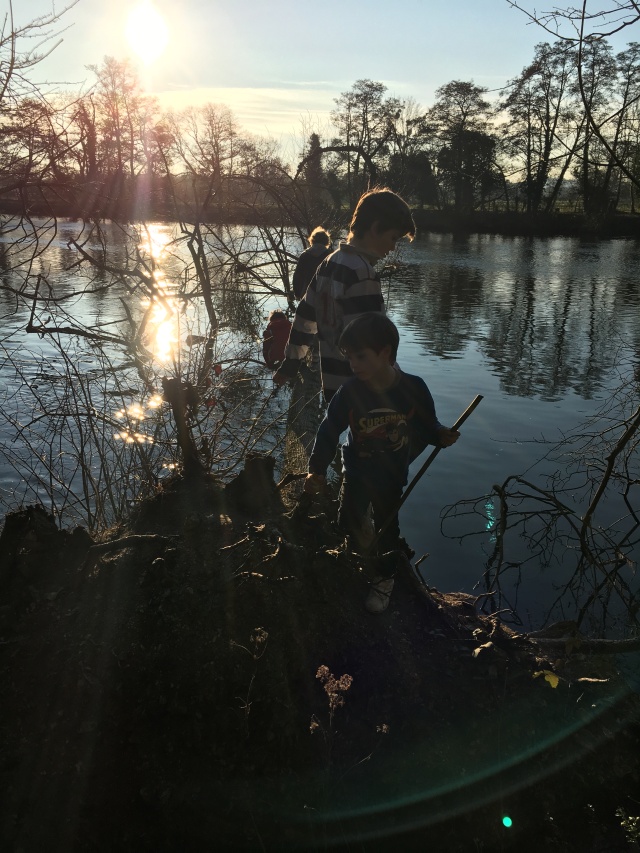 Otis fell into this canal in summer when he was picking out the chocolate chips from his M&S muffin in a very intent way. He walked right into the water and sank. I heard a splash, turned around to see his little head bobbing about, dived to the edge of the concrete and with the help of a kindly bystander on a cigarette break, we dragged him out. He’s been a little nervous of the canal ever since: 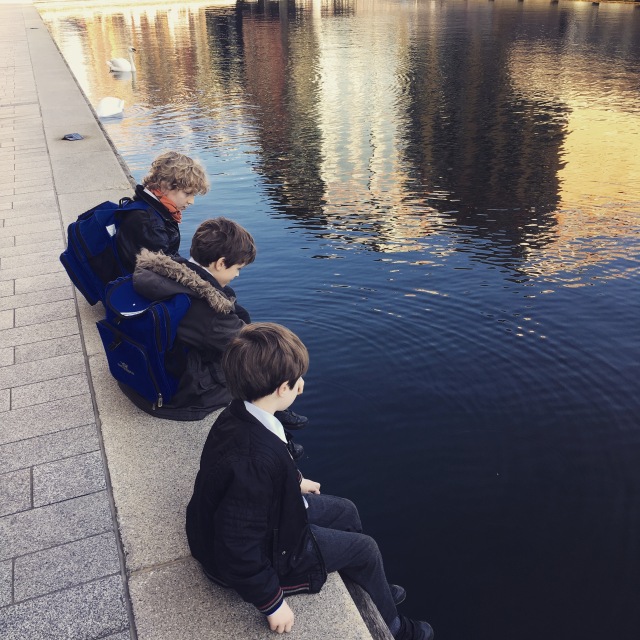 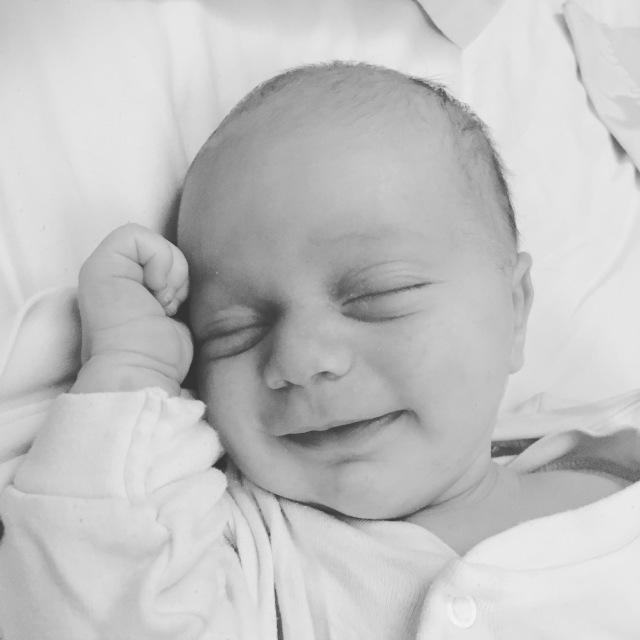 Middle child. He wished very hard for the new baby to look like him – we think he does: 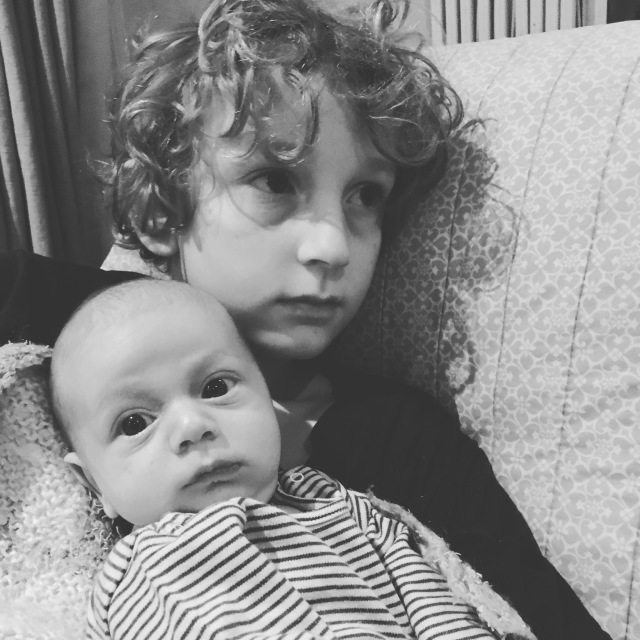 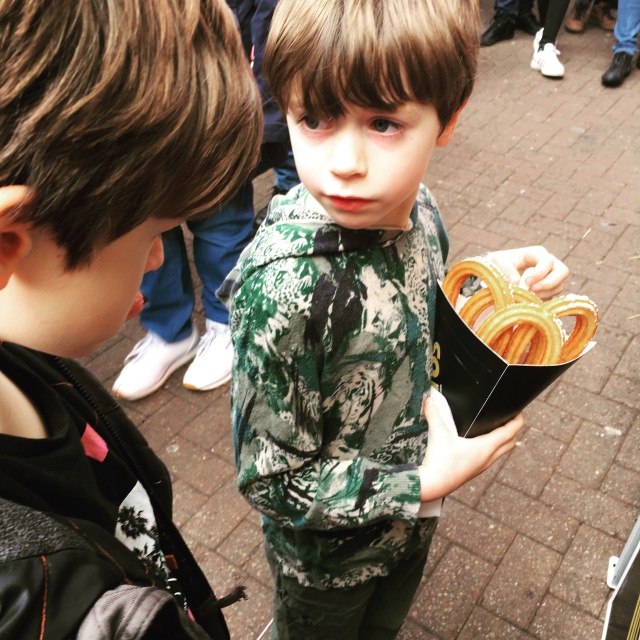 Remi at five weeks. Still smelling like baked bread and vanilla and oil and raspberries and wee.