Happy Valentine’s Day, and also happy half term! I trust your place is full of the love, positively pulsating from it, as is ours. There is so much love emanating from all members of the family right now, and from all surfaces and domestic objects – especially from the massive second-hand keyboard that Mark bought yesterday for the eldest to plink plink plunk on (and randomly disco/bossa nova/salsa/tango beat) which now is sitting on one fourth of the kitchen table, all open and exposed to spilt liquids. The table is loving being obscured and rendered useless, and I am loving the fact that soon someone will poke a stolen chopstick from Royal China into the mechanics of the keyboard and something will go wrong with it and there will be a whole lot of anger and shouting about it and somehow it will be my fault. I am LOVING that.

See the magnificent massive musical beast claim my formerly useful table where all seven of us regularly sit to eat:

See all the random tabletop paraphernalia all shoved to the side with a romantic and dramatic flourish? MAKE WAY FOR THE ELECTRIC KEYBOARD MY TEENY TINY POTENTIAL PARTRIDGE FAMILY! MY LITTLE JACKSON FIVES! YOU GUYS ARE GONNA BE GREAT!

And then, Mark brings in an electric guitar. For Casper! The kid with the broken wrist, the kid who generally uses noise as a weapon to wound and wear down, to destroy and to infuriate. Please, son, have an ELECTRIC GUITAR. Which luckily has not been placed on top of the straining kitchen table but has been propped up in our bedroom alongside Mark’s two (TWO) dusty electric guitars that have followed us from flat to flat and that have been played about three times, when the maudlin musical mood strikes.

Underneath our bed we have two violins in cases that Mark once found at a job site (‘they might be worth something, them violins.’) We also have a bright orange amp that lives in our love-filled bedroom, underneath the office table and positioned just far out enough from the wall so that you can’t stick your feet down properly. We also share our love-nest bedroom with office equipment, filing cabinets and two photocopiers – a normal one that hums and the other a special one that can photocopy A3 floor plans and suchlike. It is the size of a dressing table. It is very, very romantic in my office/bedroom boudoir, and now it is also a burgeoning band practice/instrument storage-type situation.

I swoon. I literally swoon.

I know that this musical instrument enthusiasm comes from a very lovely place – Mark’s mother and sister played the piano and he speaks fondly of hearing them play. Never mind that our kids have been having musical lessons since they were four AT SCHOOL – between the eldest three they are all perfectly proficient on the violin, viola and cello – but now, the keyboard has entered the building. The eldest said that he will have weekly lessons if he doesn’t have to play a sport, and partly, I admire the bargaining skills and on the other I think boys need sport to run off the bubbling erupting testosterone. But then, I’m not going to volunteer to be a soccer mum because you need an ugly parka, some sort of muddy boot situation and you have to both know the rules of sport and care about it. All of which I don’t.

I just have a very real fear that the keyboard will stay on the kitchen table, never get touched again, someone will pour milk into it accidentally or otherwise, Mark will have a heart attack from the rage and will be wounded emotionally because they don’t listen to him or respect things and I won’t have anywhere to feed three members of the family. We will have to have two mealtime sittings – all placed carefully in a radius around the massive keyboard, trying not to flick pasta in between the keys. With, you know, all the love a family can muster.

We have had a few *issues* over appropriate viewing on devices and suchlike, and so I have had to attend an e-safety workshop at the boys’ school, and also have been told that you shouldn’t post naked/embarrassing photos of the children. This one I think is ok though, because you’ll never guess which kid this guy is: 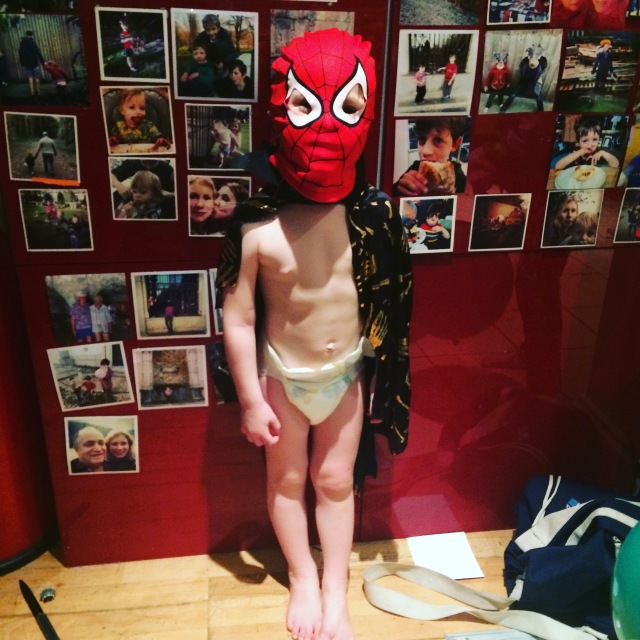 As for the appropriate viewing, I came a little too late to the parental controls. Let that be a warning to you all – youtube is a little bit filthy so you have to be vigilant. But you all knew that, right? So here the kids all are, post-panicky wifi restrictions, all watching cat videos and not being corrupted:

And lastly, the dog. The dog and his bed habits. This right here is grainy, non-musical, unfurniture-related love: 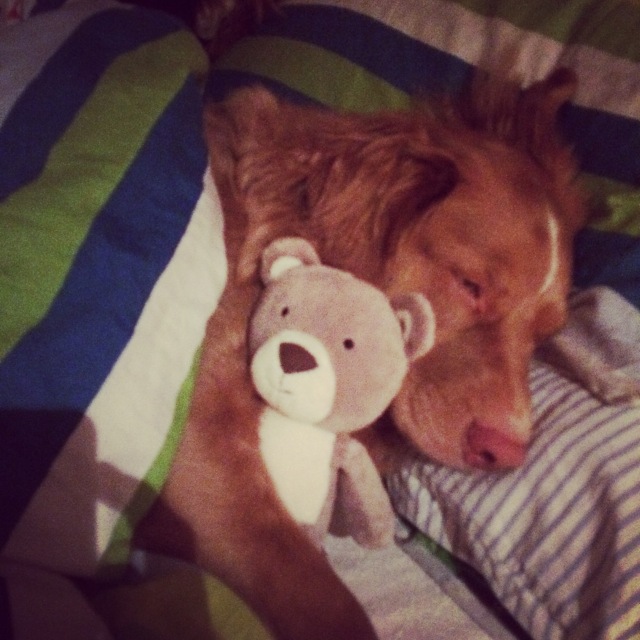