Posted on November 8, 2016 by theharridan

So, the baby has some sort of creeping leprous rash on his face and I suspect it is because I only feed him chocolate croissants and leftover American Halloween sweets. He looks cute until you get close and then you kind of back away…it’s the curse of being the last of a big bunch of babies, where your mother knows what she should do re: nutrition and age-appropriate film watching and regular cleaning of small bodies, but she no longer really cares about all that periphery. In return, he gets a lot of love and good-natured cussing competitions with his brothers. This morning Barnaby and Otis had a kind of 8 Mile rap battle cuss-off, but with no swearing and no Eminem. It was like:

Otis: You’re Queen Elsa. Ha! (delivered with surprising sass – kind of like how Cookie Lyon from Empire would have spat that out to Annika just before whupping her ass)

And on and on and on, back and forth until Otis ran out of sophisticated insulting come-backs and instead hit him with these enthusiastic, slightly nonsensical but nevertheless linguistic triumphs of the made-up preschool variety:

and so Otis took that round. In fact, all the rounds – Witch Carebear kind of acing it.

All this was my background noise while I was trying to find a park this morning so I could get the eldest to the orthodontist. When you arrive at the nice St Johns Wood orthodontist surgery, the upstairs is all very nice, but the NHS kids get sent downstairs to the basement where it is like a secret dental factory den of shame where it is clear the policy is the shit-toothed kids must be kept out of the sight of the well-heeled north Londoners. It’s all a bit cramped and sad down there, with nothing on the TV but a blue screen saying something like Radio Hastings will start at 11am. It’s like they just don’t care much, which is pretty sad, especially as the kids down in the NHS Dental Basement of Shit Teeth And Pain have enough to contend with, sporting as they do giant massive wonky tombstone teeth that need painful wiring and various gaps that you could poke chopsticks through. Anyway, mustn’t complain, because the NHS is awesome and looks after us and I love it.

What Else Do I Love Right Now? 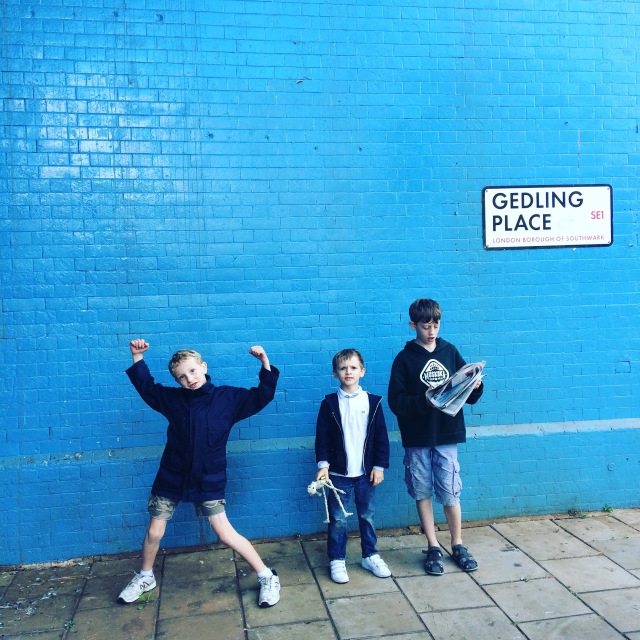 And barefoot, on a cold day, splashing about in water and FREAKING OUT the English: 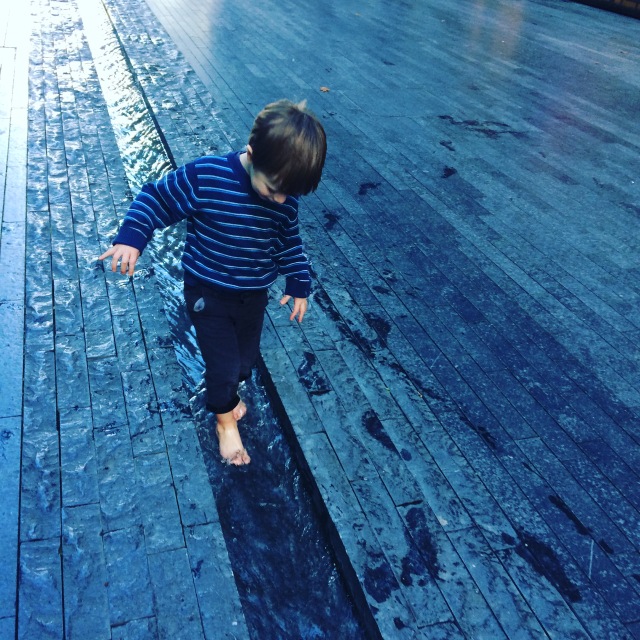 4. Obviously, Halloween and pumpkins and generally this time of year. It’s not offensively cold – it’s more about artful outfit-creation and the enjoyment of novel warm coats and socks and pub situations. These eejits spent about 100 of our good English pounds on these pumpkins which they carved and then cut themselves and then bled. I do not dress most of them, may I just hastily point out. This is all their own work:

5. Skincare what is el cheapo. Have you heard about The Ordinary? It’s very cheap but magical, apparently – it makes you very young and beautiful in a few weeks and only costs about £5. I threw myself into the entire regime with gusto, and I got a little bit pink-faced and nearly raw on the cheeks, but I think that’s what was supposed to happen. Whatever India Knight says to do, I kind of do. So if you see me at Waitrose or at school drop-off or something looking like a tiny raw-faced naked mole rat, then you know it’s The Ordinary working some kind of heavenly trick.

7. H&M raids. I went to two sample sales over the last two weeks: Mary Katrantzou for a silk top and a tunic and Erdem for a massive glittery brocade skirt for millions less than at the shops, but still at prices that required shifty sleight of hand with multiple bank cards and  general creative payment trickery, but then you go to H&M on the way home and buy this for £29 and you realise this polka dot frilled viscose shirt is actually The One. Keep that on the DL though, ok?