I went to Paris yesterday, with Mark, and B and G, in order to eat macaroons and buy patisserie and search out some cheese and eat lunch at Georges, the beautiful restaurant at the very top of the Pompidou Center. The tickets had been a present for Mark’s 50th. And we had organised a babysitter for the big kids to arrive at 6am and we were going to take baby Otis in a sling. But on Friday, suddenly I realised that Otis had no passport. The thought just swam up to me through the murk of Paris-related things-to-do and once I was aware I hadn’t got him one, I felt like the biggest, dumbest dick. I sweatily called the British passport office who were very clear that no, there were no emergency appointments available for today, nor were there any emergency appointments available all week, and in any case, first passports were not eligible for the one day urgent service. I didn’t freak out though, because I had a Plan B – I called New Zealand House, and explained my problem, and asked if they could issue him with a passport. I was put on hold, then the woman on the phone said that Otis needed to become a NZ citizen first, and in order to rush that through, we needed an exceptional reason for it. I had already answered her question of  “What is the reason for your visit tomorrow?” with a feeble, truthful but not very strategic  “Erm, for fun?”. She said it would be 20 days just to get citizenship. Plan C was to call Eurostar just to make sure we actually needed a passport for an infant, and they OF COURSE said yes, you do. So I asked about changing the dates, but they were OF COURSE non-refundable and non-exchangeable.

So then, we were left with this dazzling array of enticing options:

a) hide Otis in my coat and attempt to casually smuggle him into France, or

b) use Ned’s passport for Otis and hope they didn’t notice that the small baby was, in fact, nearly four years old according to his passport, and fraudulently smuggle him into France, or

c) don’t go, cancel the babysitter, stay at home, and seethe with rage all day while shouting and weeping and gnashing teeth, or

d) leave Otis with someone, give him formula for the first time and hope for the best.

So Friday afternoon was a flurry of frantic organising of extra babysitters (one for the baby, one for the dog), asking friends to take the kids throughout the day, the buying of bribery food and the expressing of milk (an hour of Friday night expressing yielded about 40 mls – pathetic), last-minute taxi ordering and money exchanging and weepy whispers to the baby of “I’m so sorry! I’m so SORRY!”.

And so that is why yesterday I was to be found toplessly squeezing milk out into the toilet basins at Georges, marvelling at my porno bosoms’ freakish size and alarming woodenness, hoping I had locked the door well enough and that I cleaned up all of the wayward spurts off the walls. It was not my chicest moment, and Paris was distinctly grayer without my lovely baby (although my back felt distinctly less achy). I avoided checking on the baby for as long as I could, but eventually I found out that not only does he happily drink formula from a bottle, but that he didn’t really notice I was gone. The boys were farmed out to a birthday party, play dates and to the movies, the dog was taken for 5 hours by a teenage dog-loving boy, the fish swam around in a daze and no one embarrassed us. It was phenomenal.

This is me, en route to Paris and its bakery goods:

Mark looks a bit stunned, i just look so pathetically grateful to have left the flat.

And so Paris in Autumn is glorious, the food brings me to tears, the aimless romantic wandering possibilities are dreamy, the waiters handsome and the eclairs are as delicious as you would expect. We got a bit lost between a local food market in the Rue Mouffetard and the Pompidou Center, then drank passionfruit martinis and ate foie gras and a jambon omelette at Georges (I am nothing if not a compliant tourist), marvelling at the view, over-Instagramming and smugly remarking how clever we all were to be in Paris. 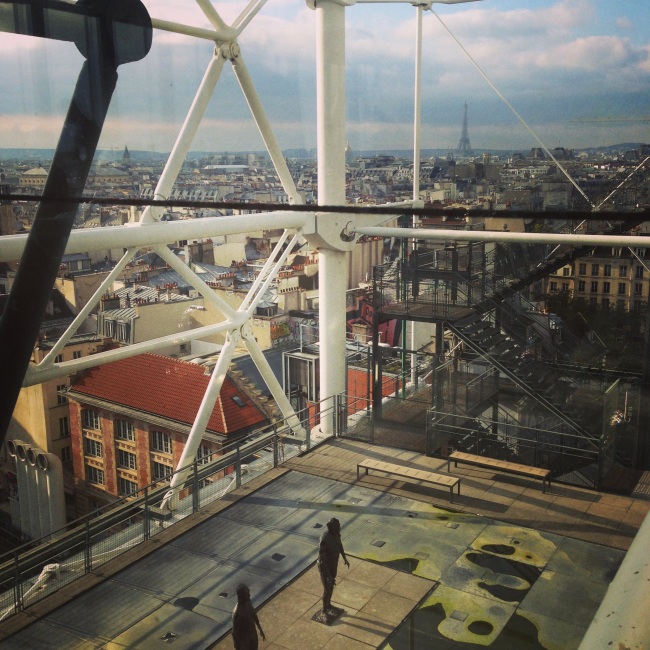 And this is photographic evidence of the excellent wandering to be had: 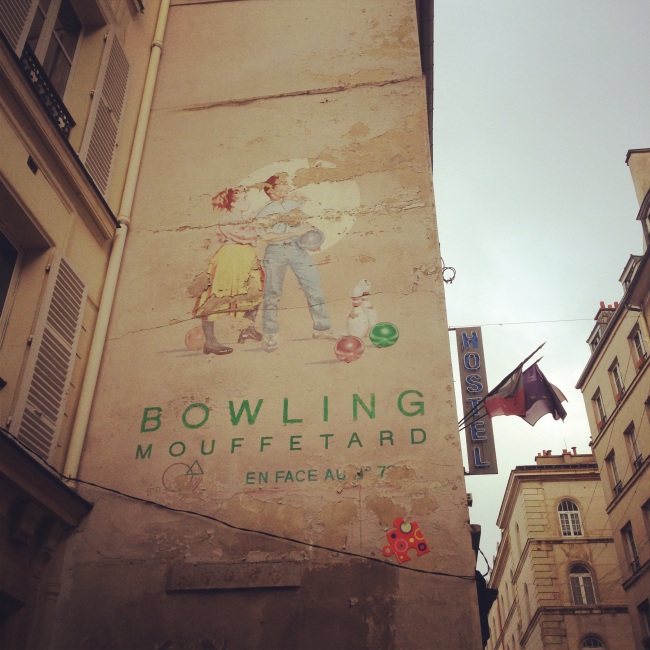 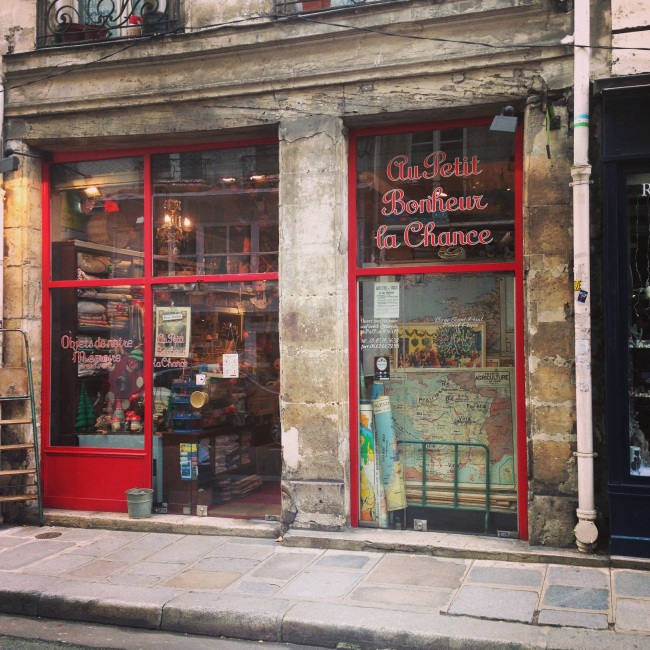 We ended up in the market district of Les Puces where I nearly bought bakelite-handled butter knives, an old apothecary bottle and some excellent 1930’s oil nudes but kind of ran out of time. Sometimes the looking is enough. Here are the market stalls: 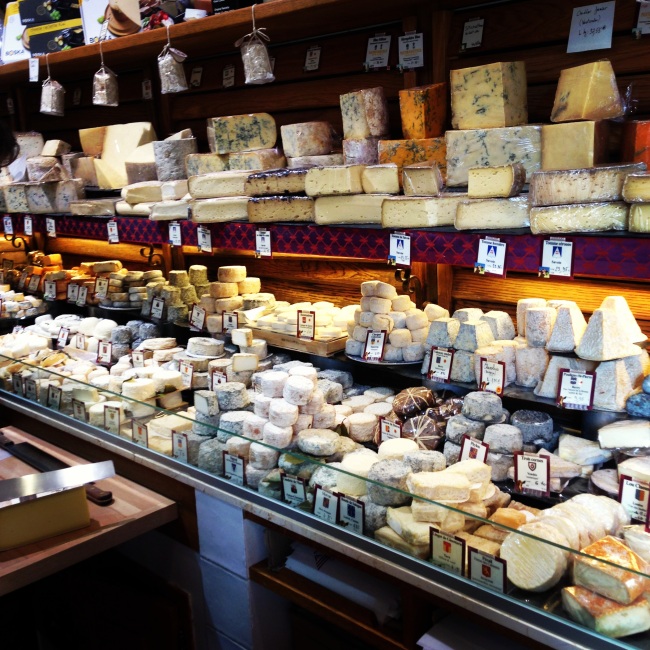 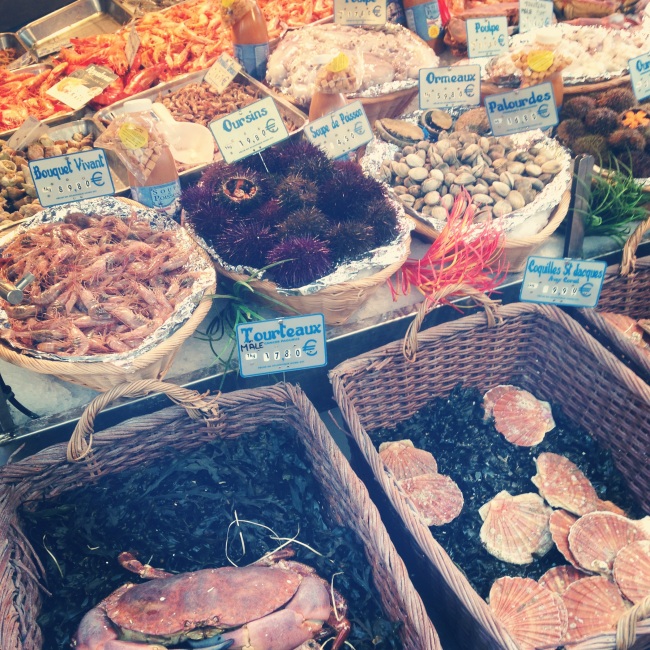 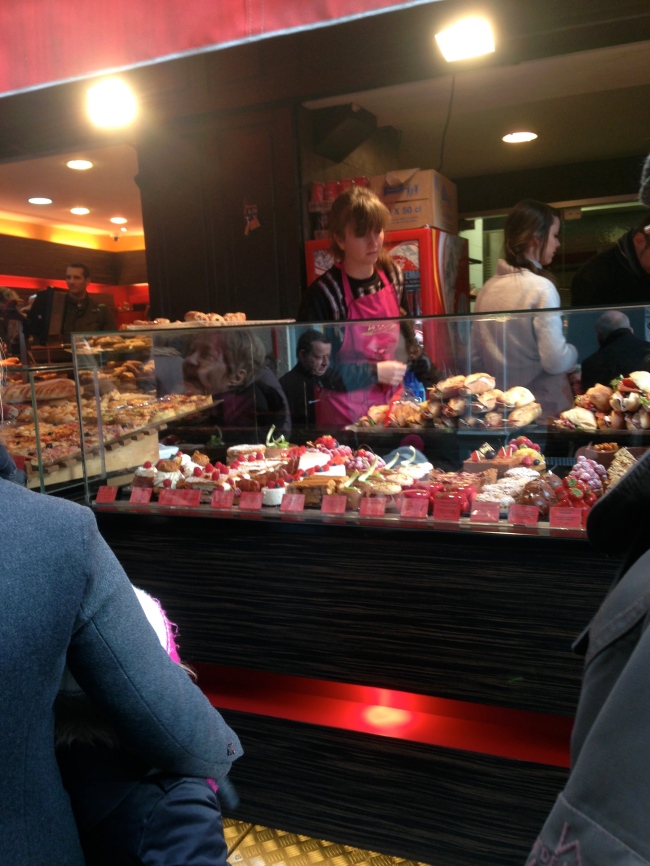 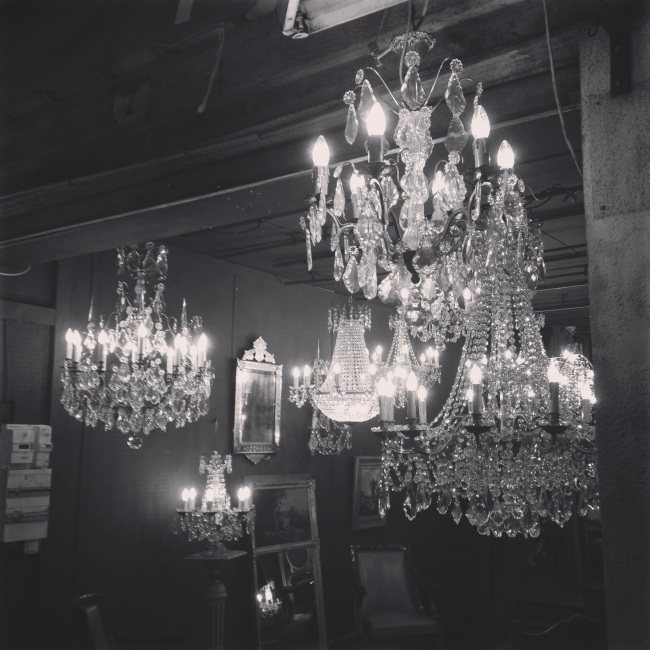 I missed no one, although I was very happy to see Otis when we got back, and to feed him and relieve the pressure of my enormous boobs, which had been stinging and leaking and poking other Eurostar passengers in the eyes. We paid the babysitter about a million pounds and ate apricot tarts for a late evening snack. It was fantastic. Totes should do it more often, but with less of the TERRIBLE STRESS. Ahem.

Anyway, I am aware of the rather first-word-problem-aspect of this post. So here, instead of moaning, is a photo of Richmond Park today: 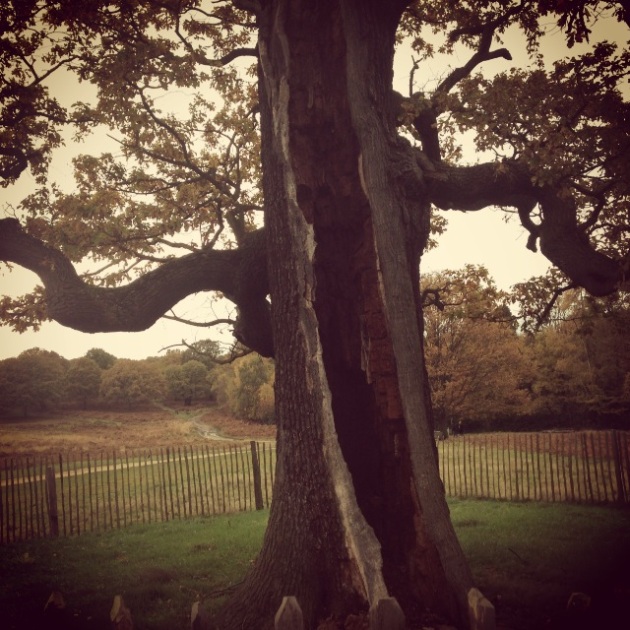 There’s a stag in there, somewhere. 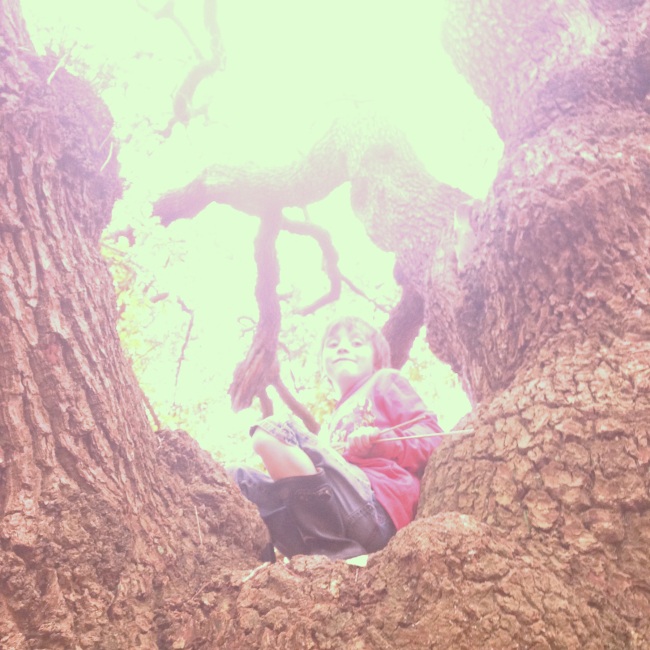 And Otis. He is the best.

Righto. See ya, then.

This entry was posted in Uncategorized and tagged Eurostar, Paris, Richmond Park. Bookmark the permalink.