It really is time for an update, though there continues to be little in the way of exciting events to dazzle you all with. There was a time that I would go out on my own a few times a week to meet my sparkling intelligent sassy girlfriends at bars and theatres and restaurants and I would wear my ever-growing series of dresses in rotation, thinking about which earrings and shoes and bags work best with each look. I would get an Uber home and creep in to the dark flat, warm with the slumbering breath of seven other people (and a fluffy dog who never once bothered to look up from the couch as I came in, although he does go mental when elderly grannies and small adorable toddlers walk by our front gate, which is awkward). I would try not to wake Mark or the baby, tiptoeing as soundlessly as I could down the hall and into our bedroom where the path from our bedroom door to our bathroom door has always been studded by oversized ugly office chairs and discarded pillows, small sharp bath toys and upside down unworn heels. I always stumbled and always swore a little bit too loud.

These days I have nothing to do in the evening and if I do get an invite, I get all sad and anxious. Not because I am scared of getting sick but because my capacity for joyful socialising has shrunk to nothing. I am bewildered by the rules, suffocated by the masks, tired out from the realities of living in a small flat with seven other people, six of whom don’t really ever leave. They do eat a lot though. The idea of making something nice for dinner for us all now looms large, overtaking the part of my brain that used to multitask and think about word count and draft articles and the interviews that used to need to be scheduled. Dinner is my work and my work is our dinner. I wonder how it got to this.

I have one piece of paid non-dinner-related work (the second piece of work I have been asked to do since January) and it is a simple task, but it had taken on gargantuan meaning and I have disproportional anxiety over it. I feel ill-equipped to move through the world of LinkedIn and Twitter. I feel scared of new apps and keep second-guessing myself. What if I get it wrong? Once, a job like that wouldn’t have warranted a second thought – I would have done it, filed it, invoiced for it and then just hoped for the best. (The best being no rewrites needed, no followup, just the invoice paid within 30 days).

5pm: Gin & tonic in the garden with Mark. The baby and half of the kids dragged out into the garden to play with the neighbours’ kids. The baby chases pigeons around and screeches with the joy of it all.

6pm: Some sort of dinner extravaganza. Chicken with chorizo and fresh sourdough made by my own eczema hands. Slices of tart made by Noah and I, crunchy with the remnants of baked-in raw rice because I do not understand the concept of blind baking LINED IN BAKING PAPER. A glass of sauvignon blanc or three.

7pm: Baby in bed. Make sure Barnaby has loaded the dishwasher and that Casper has washed the pots. Neither of them ever have.

7:15: Two episodes of slightly inappropriate family TV. Dead To Me a current favourite, though finished a few nights ago. Now switched to This Is Us. I cried a lot over the pilot with the babies.

8pm: Otis in bed. Another episode of family TV. A bit of squabbling over who has which cushions. Ned usually makes some sort of tapping noise, Barnaby loses his shit over it. Casper and Noah try to play their skateboarding game on their phones even though devices are banned during Family TV Time. Their faces light up from the glow, their knees tucked up to cover their covert playing. We throw cushions at them and shout until they stop.

9pm: Ned and Casper in bed. We switch to more serious TV. The Sinner. When They See Us. Normal People. We have tea and biscuits with the bigger teenagers. No one fights and after we switch off, we have a little debrief over the day or what we have watched. Sometimes the boys try to show us new music or Tik Tok stuff. Mark and I don’t get it but we love it that they try.

10:30pm: Bedtime. Blessed, blessed bedtime. A few chapters of something about dragons for Mark. I’m finally reading Why I No Longer Talk To White People About Race. Sobering.

4am: The baby shouts for about two minutes and then back to sleep.

You know, I much prefer my evenings now, although how much of this is laziness or Stockholm Syndrome, I just don’t know.

Barnaby and Casper: Have been labouring for Mark. They are both extremely rich teenagers right now, planning on saving up for big purchases like dirt bikes. I am impressed. When they aren’t working they are on their bloody phones or playing on the Playstation which is the single most awful thing we have ever brought into the house. Total parenting fail. I have to insist they go out for half an hour each with the baby and that they go out again for half an hour to get some sunshine and fresh air so they won’t fall prey to rickets.

Ned: Walks the dog for pocket money, gets angry about it every single day. Storms out of the house shouting at us for making him do it. He walks a block or two. Spends the rest of the day doing Minecraft things or playing with Lego. He is a wild little knot of fury and floppy hair, although handsome.

Otis: Plays with the baby, torments the baby. Makes little paths for the baby throughout the flat, marked out with cushions and washing baskets and skateboards. Suddenly puts a blockage in the way so the baby cannot move forward or back. The baby cries, I rearrange the furniture. Otis cannot see what the problem is. He flounces off to come up with another ingenious trap.

Noah: No one ever really knows. He hides in his bed, behind his beanbag, under cushions. He is both writing a YA novel and watching too much Manga. He also has a floppy fringe. Avoids hanging out the washing as long as he can. Is pale and thin because he finds going outside quite the chore. Won’t eat eggs. Sleeps until 10:30am.

Mark: Really busy working. On a diet. Misses his mum.

Me: Worried about skin cancer on my nose. Trying to finish writing a novel (30,000 words so far). Quite good at making sourdough and have branched out into oily focaccia. Hoping to sell and buy a house in New Zealand (very close to doing both) but worried the country isn’t exactly welcoming now (and mightn’t be later either). Worried that keeping borders closed isn’t exactly tenable in the long term and might turn everyone North Korean-ish. But extremely happy to be going to Turkey in a week and a half. 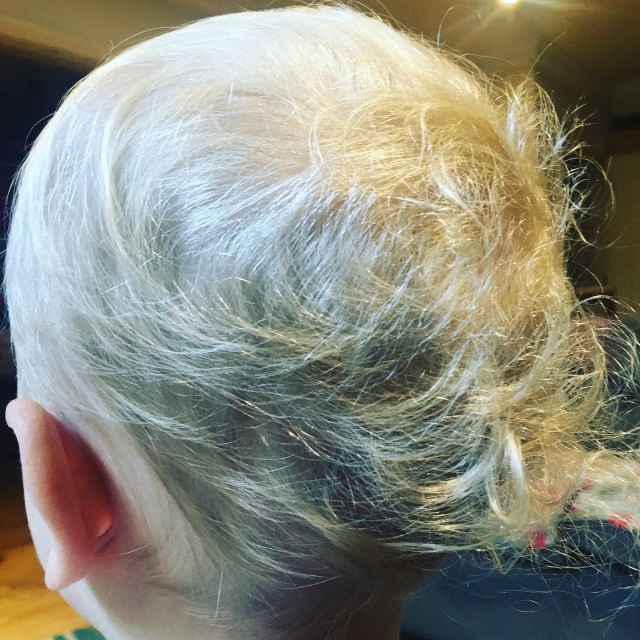 Baby in a sailor suit!: 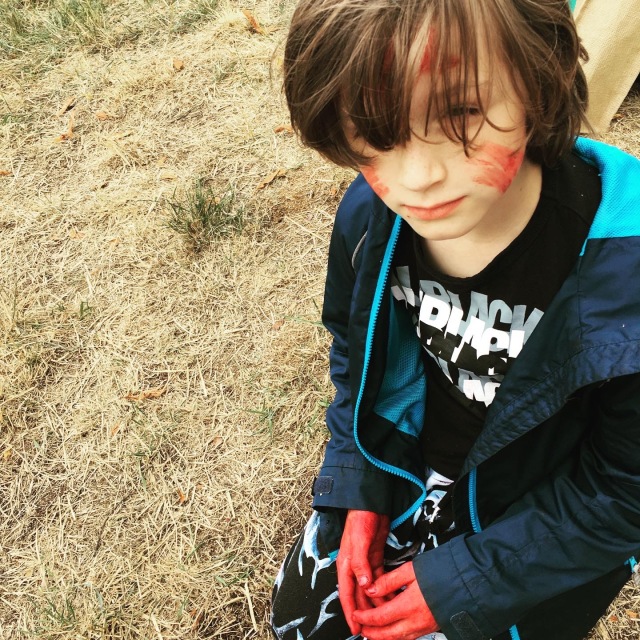