Quite A Few Selfies And Some Ruined Blusher

I notice that in my last post, I said I might be going to new York. I meant NEW YORK. I think there is a definite difference – I imagine new York is just York, but the new part of it, which is probably all post war 60’s buildings that have been turned into a high street with Superdrug and a WH Smiths. So, no one is taking me there. Of course, no one might take me to NY either, but I live in powerless, inarticulate hope. I don’t want to appear too keen when the bosses mention it, just in case they don’t really mean it, or there’s no room in the budget or if I am terrible at my job and by October and November they have chucked me off.

On that note, it’s a bank holiday which leads into a mid-term break, so today I will do no work but finish reading Edward St Aubyn’s first Melrose book, Never Mind. It is beyond horrible and I felt tainted when it got to the abuse part, especially as I have a small nearly-five year old boy who was sleeping in the room next to ours. I really liked reading Alan Hollinghurst’s novels with 80’s aristocratic excess woven through with seediness and a bit of druggy, sexy filth, as well as Will Self’s Dorian (same) but this one is not so much funny as sucker punch trauma and it sort of suggests that yes, English aristocracy – with its wealth and privilege and money and homes and maids and power is not just silly as you suspected, full of well-meaning buffoons with bad breath, ancient tweedy items of clothing, weird political ties and drinking problems – but actually sick.

So thoughts must then go to lighter, happier places, like the Royal Wedding last weekend. What a JOY! What  triumph! Privately, I love Kate much more than the Markle, but when I said as much on a weekend away with my book club ladies, they were a bit rattled and wondered if I had gone mental.

I like her for many reasons, but a lot of them have to do with her ability to be very regal and queenly while still recycling dresses. I give huge brownie points for this. I think things went a bit sour for me with the Markle when I thought about her alliterative name, very expensive Ralph & Russo dress (those two ‘English ateliers’ seem like crass charlatans, do they not?) and then I just feel so confused about the way that she had no childhood people at the wedding. It was a weird evisceration of a past self. Where were the high school buddies and the favourite aunties and the agent and the best friend since the pre teen years? So that seems all very odd. Anyway, of course, none of this really matters, but it was good to effectively go along to the wedding in my polyester dress via Owen and Chris’s living room and watch it all projected onto a screen with plentiful prosecco and home made scones. Nothing quite unites the country like a big old royal wedding, except maybe the Olympics and Love Island. I cried a bit, laughed, marvelled at the dress and crown and got a bit jealous of her perfect halter-neck-worthy shoulders and Diana’s massive aquamarine cocktail ring. LONG LIVE THEM ALL, I say (especially Kate, but keep that one a little bit quiet, because I don’t have the energy to justify myself).

Photo Essay For Your Viewing Pleasure

Mark had a birthday, we went out for lunch, he got 8 small Ottolenghi cakes for his birthday tea, and we went to bed early because we were too tired to even go to the movies. This is what being middle aged is actually like – quite nice, relatively inexpensive and mostly calm:

I had a meeting with a few people last week and wore this Victoria Beckham shirt with oversized cuffs and two appliquéd swans on it (Selfridges sale), and a Stella McCartney blazer (eBay) and when I got to Queensway and raced in to a new coffee place, the barista said that I was “rocking a cool ’90’s vibe” and I said (ungraciously, I realised immediately after I said it) “that’s because I am old” because, of course, the ’90’s wasn’t that long ago. Anyway I took a photo of myself when I got out to preserve my unwitting fashion zeitgeistiness for later, but I tried to do it without people seeing I was doing it and this is my resting-bitch-face-flattered-but-confused FASHION GLORY MOMENT:

And then there was this total TRIUMPH  – the St James and St Johns’ school pub quiz fundraiser which our team won by one point. I don’t want to blow my own pub quiz trumpet (yes I do) but the one point could have been the single question that I knew the answer to, which was

I almost exploded with shock and joy because we had only just read that book for bookclub. No one finished it, and I eventually threw it across the room because it was so annoying and unfunny. But – useful at a pub quiz, so there you go: 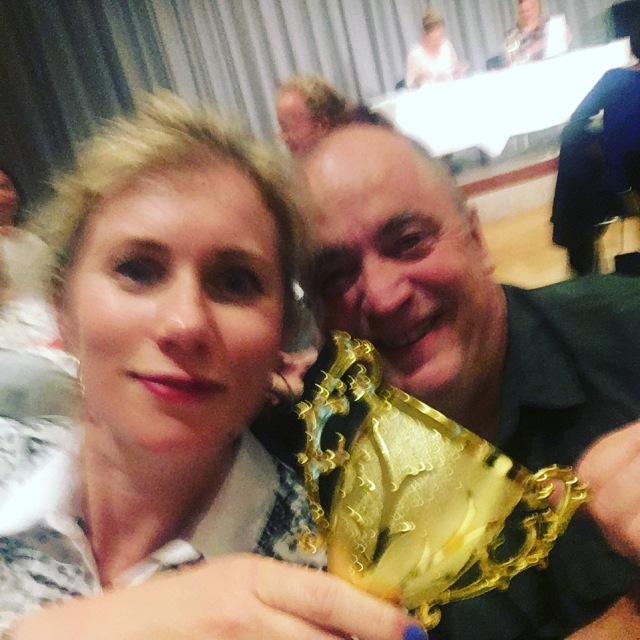 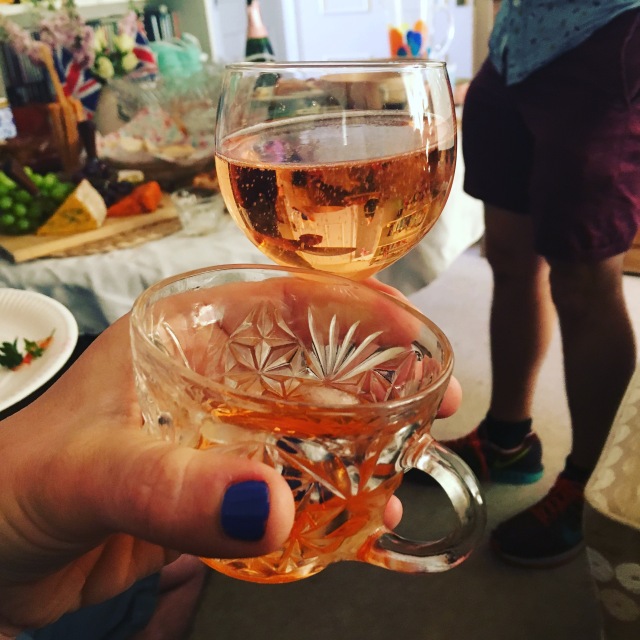 And this is what happens when Otis gets into the bathroom for an extended period of time, and he starts looking at my makeup, and my shiny hair clips, and decides to open the new Benefit blusher, and feels it first with his finger, and loves how soft it is, and then he digs some out with the shiny hair clip, and then he smears the lumpy peach blusher onto the wall and makes some sort of abstract fish design. I was not best pleased:

If I did the maths, and gave myself £1 for every time one of my kids had ruined some makeup, I would have about £18. Which would replace half a lipstick. Casper suggested I lock it up, but then, you know, HOW ANNOYING WOULD THAT BE? Imagine the mornings, with me trying to find the key to the makeup cupboard (we don’t have a makeup cupboard) that someone had used as part of a pirate treasure game prop. How about they just ruin their own things?

4 Responses to Quite A Few Selfies And Some Ruined Blusher