Magic has been at it again – embarrassing the family and turning our thoughts to the mythical farmer who could take him away and put him to genteel work on a farm where he could play games with other kind dogs and sweet horses and small, farm children who would love him and let him sleep on their beds. It would be really nice to have a little rest from the shameful deeds of Magic so we could go back to being embarrassed only by the children, and not the animals as well. (I say animals, but we don’t really have any more, except for the fish, who have been slowly dying off. I wish I felt bad about that, but I just don’t. You know how I feel about sea life, and brown little fish in a tank send me into an ennui coma.)

So on Saturday we all went to Hyde Park – me for a jog and the others for a walk. I finish, red-faced and a tiny bit wet-trousered, which I really hope looked like jogger’s sweat, although it was curiously missing from the armpits and the back, but anyway, I called the others up to see where they were and Mark answered, all a bit sweary, saying the was down by the Serpentine trying to get Magic out of the water. So I get there quick, feeling like it might be a heart-attack-from-the-stress kind of crisis, knowing that Mark doesn’t deal very well with the terrible humiliations you have to face when out with the kids and the dog. And we get to the bit opposite the bank with the Henry Moore sculpture, and my boys are just impotently staring out into the water, calling for the dog, and Mark is holding the buggy and there is a crowd and he is talking to a rambler-lady who is going off her nut and in the distance, I can hear Magic’s high-pitched excited bark echo across the water. The woman says:

“You have to do something!”

“Are you a New Zealander?”

“You should fuck off back to your country!”

To which Mark variously replies:

“He ran all the way from Kensington Palace where he was off the lead which is ALLOWED.”

“What are you talking about, you old bat?”

Then she took off, rattling the railings as she went, all angry and outraged and vicious, while the assembled crowd stole glances at each other and stood, silently watching us to see what we would do next.

So, Magic at this point was stuck – he had run off and jumped in, gone swimming loudly with much barking and splashing, swam down towards the Lido, gotten out, gotten stuck, went back into the water and just stood in the shallows barking and barking and barking and drawing people over to us from both sides of the Serpentine and from the bridge. Finally someone gave Mark a hand over the pointy railings and I thank the guy, who turned to me, all angry, saying that we have to DO SOMETHING! THE DOG IS DROWNING! And then Mark returns with the dripping dog, and reassures everyone that the water only went up to his dog-elbows and he wasn’t drowning, he was having loud fun.

And so we slunk off, after I mentally told everyone that THE SHOW IS OVER, FOLKS, and I maybe gave some mean looks, but probably not, because I was actually too embarrassed to look up. Besides, I still had damp jogging trousers so I was hardly going to draw more attention to myself. It was horrible.

Then things improved with frozen margaritas and lamb shanks. And Sunday we went to the Soho Food Feast, the school fundraiser for the Soho Parish School which is the very best thing ever.  Over the weekend they have nearly seventy of Soho’s most excellent restaurants selling little delicious things to eat and drink for about £2 each, and lovely cocktails and music and face painting and shade and vegetable sculpting, and Kiera Knightley and Jude Law were there, and so was the really big tall woman from Game of Thrones, and I was a tiny bit stalky. But when you hold a baby, I think your stalkiness goes largely unnoticed. I can report that Kiera had really good swedish plaits over her head and she smoked a lot.

Here we are in Soho, eating very well, all summery and happy and calm after the Dog Shame had subsided: 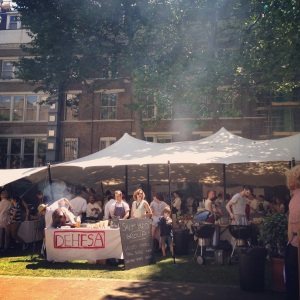 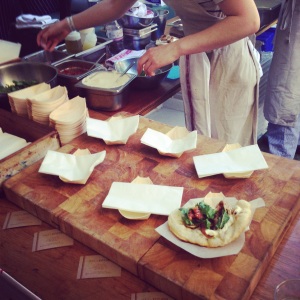 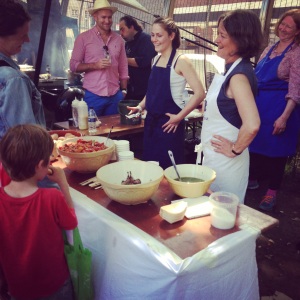 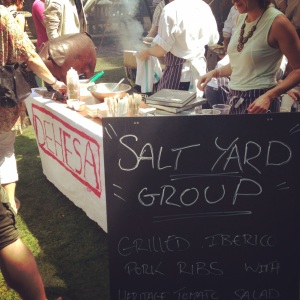 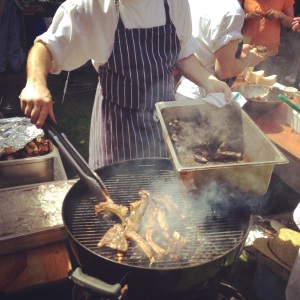 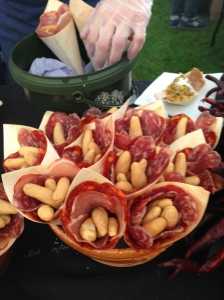 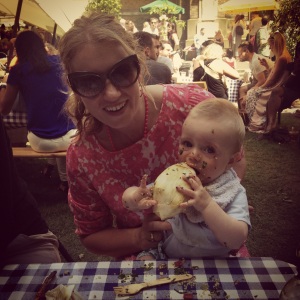 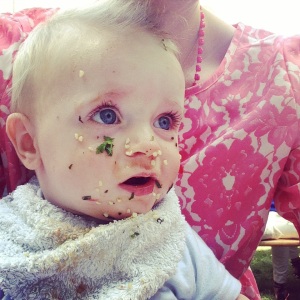 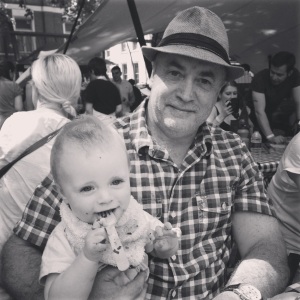 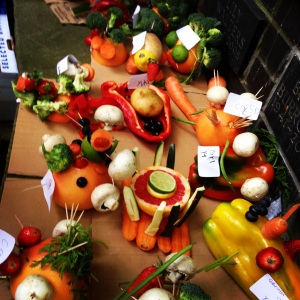 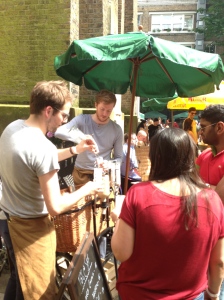 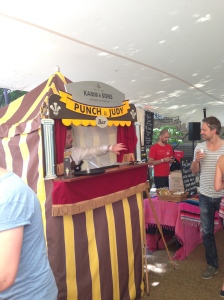 I think they raised about a million more pounds than we are going to do at our Summer Fair. And we are just going to have halal beef burgers and squash. And I’m going to do the face painting again, and frankly, I haven’t improved since last year.