Since my last post, I haven’t featured in any more Dove ads. There have been no makeup artists, no lighting crew, no runners, no more cabs taking me to huge houses in South London, no one insisting I have coffee, water, bacon baps, resting, no one doing my hair or telling me that the camera loves me. I don’t think one single person has given me an outfit to wear, or ironed anything for me. The mani and pedi are chipping off, the clothes from the shoot they sent me home in are getting stained by pureed baby-food. Two beautiful, enchanting, spoiled days of being a Queen Of Commercials Land and it’s all over.

I am changed, though. I now know the power of reflective light. I have tried asking the kids to carry around tinfoil rolls, ready to whip out and unravel and aim at my face at crucial times in order to make my skin look all flawless and awesome. And I have asked them to play a game called Let’s Be Runners. The kids wear body-warmer vests, beanies and cargo pants with lots of pockets, and they have to go and fetch me things, and not talk back. They won’t play it, though, and the only thing they do with tinfoil rolls is hit each other with them. They are also really sick of the ad. Possibly because I watch it many times a day. Frame by frame. With my eyes welling up. And they recite the poem without even knowing they are doing it. It’s like a kind of cool post-modern spoken-word pro-mother brain-washing.

For the record, Gwyneth has it all wrong. It is waaaaay better to be on a shoot than any other thing in the entire world. She’s just forgotten what a drag it is to be a normal person.

So, anyway. I got the job because I am friends with the director – hurtling over the usual auditioning steps. I didn’t actually try to get it, which is very lucky. And so, delighted to be there, I was more than happy to show off my muffiny bits, and I even took off my spanx pants. You are seeing my ‘problem areas’, and yet, in the context of that ad, and with the help of the lighting and camerawork, they don’t seem very problematic. Which is a win, right? Yay for bodies, mothers’ ones, all ones.

And now, photos. The slightly purple brown hair has gone, replaced by my usual wonky greenish blonde. Here’s the hair straight after it was done, right about the time my husband didn’t recognise me: 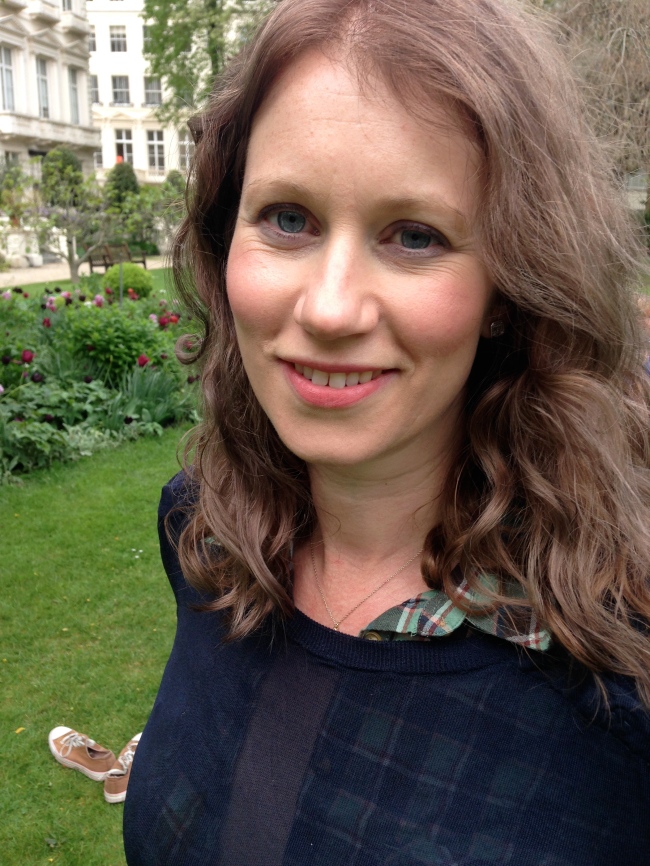 My makeup looks like a kid did it, but I was confused. When confused, I throw blusher at my cheeks. It usually works. Also, the eyebrows suddenly looked grey and sad and old. Like a pair of tiny little cobwebby apologies. The brown, incidentally, was for the Latinos. Somebody decided they’d had enough, already, with the white blonde ladies! And instead – let’s have some white purple brown ladies on our youtube channel! And so they did, and I thank them all for it.

Here is a syrup-sodden Pomegranate and Orange cake I made. My teeth whimper a little every time I sample it:

And here is a rhino in the fog at Whipsnade Zoo:

and elephants in the fog:

and little boys in charge of dressing themselves for the park: 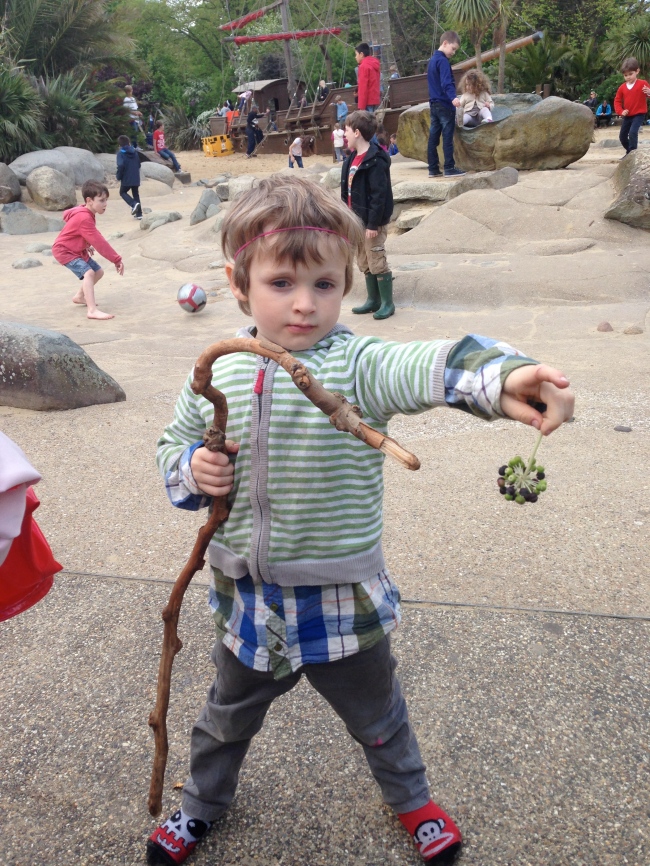 Casper and Barnaby didn’t get to go on the ad, and I suspect they will one day tell a therapist all about it. Casper, meanwhile, keeps walking onto the road in front of cars and taxis. I do hope the two aren’t related.

I cannot segue these wrong lyrics into this post, so I’m going to make a whole new headed paragraph instead. Casper sings Lorde’s Royals like this – not

“We’re driving Cadillacs in our dreams” – but

“Let’s chillax in our seats”

OH HOW I LAUGHED. He swears they are the right words, even when faced with the right lyrics in the CD insert. His stubbornness is admirable, except when it comes to walking across the road by himself without looking both ways.

Ok. I have a nappy to change, and an ad to watch. I promise I won’t mention the ad again. Probably. x

This entry was posted in Uncategorized and tagged Dove, Lorde, Mothers Day, Pomegranate and Orange Cake, Whipsnade. Bookmark the permalink.

4 Responses to Back to blonde