Accident at The Eyelash Shop

Ouch, mine eyes have taken a tumble into a vat of black adhesive and plastic replica eyelashes obviously ripped from a very old and plastic doll. The accident happened because I am vain. Look what vanity does to your formerly perfectly acceptable normal-person lashes: 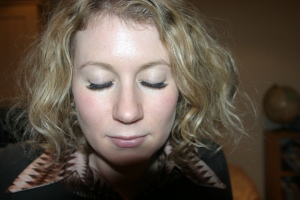 Subtle? Er, not so much. Not really stylish either, unless footballer’s girlfriends and Liverpudlian women score on your Style Radar. And they hurt, and I can constantly see big black feathery awnings atop my periphery, and they feel like they are made of dirt. I am sure there is a burgeoning cyst growing underneath the glue, but who will ever know? My real lashes and skin have been BURIED ALIVE UNDER PROSTHETICS! They have been glued to my eyelash skin and onto the length of my real lashes. They last for about six whole weeks, but apparently, some will fall off in two, and I will begin to look wonky-eyed. If I try to get them off myself, according to the panicked forums I have (now) read on the subject – (nothing like researching these things, ahem) my poor real eyelashes will come off. In protest, probably. So I wait, looking like an extra from The Boat That Rocked or like I have really tried very hard for the school-run-dress-up show, or just like I am MENTAL and have a very inappropriate and heavy hand with the tranny mascara. Imagine how odd I look at 8:25am at the school gates, in 2-degree weather, puffing and sweating with bits of dried scrambled egg on my rabbit fur coat, with my pale skin and light-coloured brows, shamefully sporting these babies: 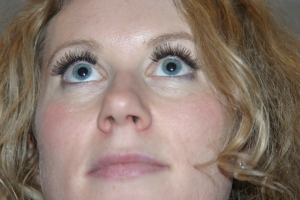 I have become a high-maintenance-stay-at-home-mother who is incidentally hosting a private retro-themed disco on her face. The shame.

Did somebody say “Cliche?”

So, ah, when I am not doing odd things to my eyelids, I am walking the streets of W2 discovering that I am this, and more.

Last week, we met some very lovely friends at The Commander in Notting Hill. We went there not so much because of the food, but because they have a crèche. So you can eat expensive posh food in a recently renovated gastro pub, and talk about the school system, without your children annoying you. So far, so White and Middle-Class. But that wasn’t the worst bit. The worst bit was when we dropped the kids off at the crèche upstairs with three lovely young Eastern European girls, and we met some more middle class parents on the stairs and they said they had seen our kids’ names written on the crèche sign in book and whaddya know? their kids had the SAME NAMES AS OURS. What are the chances, when our choice of names had been so utterly original, unpredictable, edgy and stylish? Ahhhhhh…..And who calls their kids Barnaby, Noah, Cas and Ned, anyway? Apparently, quite a high percentage of pub-frequenting West Londoners.

And more on who I am becoming:
I find myself at the Parent Council meeting, getting very vocal about the weekly cake sale, and despairing that “some of us” bake the cakes, while others only buy the cakes from Tesco, and why can’t there be ORDERLY QUEUES? And then some Other Mother says that those of us who work cannot bake cakes, because there is no time and I disagree loudly, and play the “I have four kids and I manage it” card. Pulling overburdened-parental- rank, if you will. I think I sounded like a wanker, and I am a little bit ashamed. Again. I am glad I didn’t say all of that with my crazy eyes on. Someone may have punched me.

Well, I now feel a bit ghastly, and also my eyes are watering from the glue. So here are some photos of my children (who incidentally flooded the bathroom tonight with a bucket and a wicked glint in their collective eye). 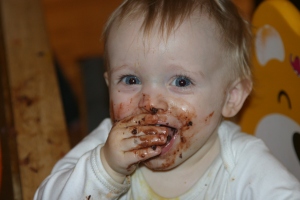 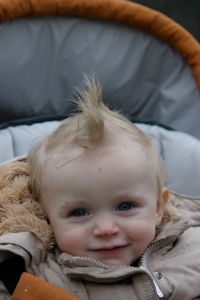 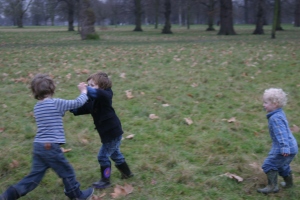 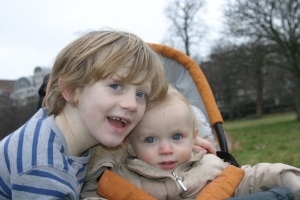 7 Responses to Accident at The Eyelash Shop