If I was a conspiracy theorist, I would be

a) even more boring than I am now, obviously; and

b) would suspect some sort of insidious, crafty, brazen Youth Army was taking over the world.

There are various factors which would lead me to believe in the Youth Army, were I some sort of anxiety-ridden worrier. Not only are those career pages in the Stylist magazine always showcasing those grown up, properly and interestingly employed people who are still 3oish, but my new boss is 24.

Which is just a bit awful, although my friend Vicky said that, at some point, you have to suck that kind of stuff up. So what if he was 14 when I got married? So what if every single cultural reference of my youth is entirely lost on him? So what if I see us as sort-of equals, but he sees me as someone’s mother who insists on wearing young people’s clothes? He can see all of my grey hairs from the side of me where he sits, and he doesn’t know that it just happens to you, without your consent. He doesn’t know that it is an accident that my eyeliner gets stuck in creases, because these creases are new – they just appear, and I think well-groomed people who are not in denial are supposed to recalibrate their eye makeup situation to accommodate. But I don’t know how to stop the eye shadow from shifting up my eyelid into the new, gaping folds, because I am a makeup dunce and watching youtube tutorials about Mature Skin Eye Make Up Application seems a bit like giving up. And so the new boss is just too young and too blond and too millennial to understand all this of course, and it feels a little creepy (crepey?) to be 38 and so junior.

And anyway, where did the millennials get all of their fancy chutzpah? Running empires from their laptops and staying awake all night and never suffering from the nerves and imposter syndrome? Eh? EH?

It is a bit worrying, all of this. I went out to a work thing last week and sidled up to the gang of Youths, and I am sure I was fine, though they seemed to handle the champagne reception with much more maturity that I did, and my new boss was apparently concerned enough to bundle me into a taxi at the end of the night. I was TOTALLY about to grab an Uber, with the dexterity of a little monkey, all over that app with total panache and nimble fingers, but I may have been obviously wobbling and so he GOT ME A CAB. This is embarrassing, yes?

This was me, attempting to practise making eye flicks for the week before the work thing: 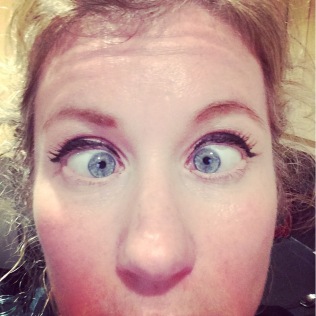 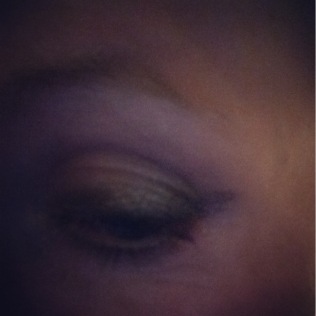 I decided to open those eye pallets that have been given to me for free over the years, and I  went nuts for the purple and the bronze and the gold glitter. And then obviously instagrammed it.

In other exciting news, I tried to sew these patches onto Casper and Noah’s cub uniforms last night and it is fair to say that I am not skilled in that area:

I find sewing to be a painful process. I always get a needle shoved up into a nail, and there are issues with getting the thread through the needle, with thick fluffy cotton and tiny little holes and the needle always breaks at some point and last night I ran out of thread when I was nearly ready to tie it off, and so I just cut it all off and hoped that no one fiddles with the bits of sticking-out cotton too much. I find sewing cub badges makes me angry and mean. Is fabric glue the answer? Or does that just make me slatternly?

We went camping in Wales in the last week of the holiday and it was cold and in a paddock, but lovely when the sun came out. We were taken to Tenby, which looks like this:

We all slept in a massive tent with beds and rugs and hampers full of the eating gear, and it was the right mix of roughing it, but in a nice, clean, easy way. So much better than setting up a tent with a cranky dad telling the kids to STOP MOVING THE TENT PEGS WE NEED THEM GO AWAY RIGHT NOW DONT TOUCH THE TENT BECAUSE IT WILL LEAK GET OFF THE ROOF DONT ROLL YOURSELF UP IN THE AWNING THOSE ROPES ARENT FOR TYING AROUND YOUR NECK etc etc.

Here is Otis getting repeatedly out of bed to tell the others to get back into bed even though they were staying in bed the whole time: 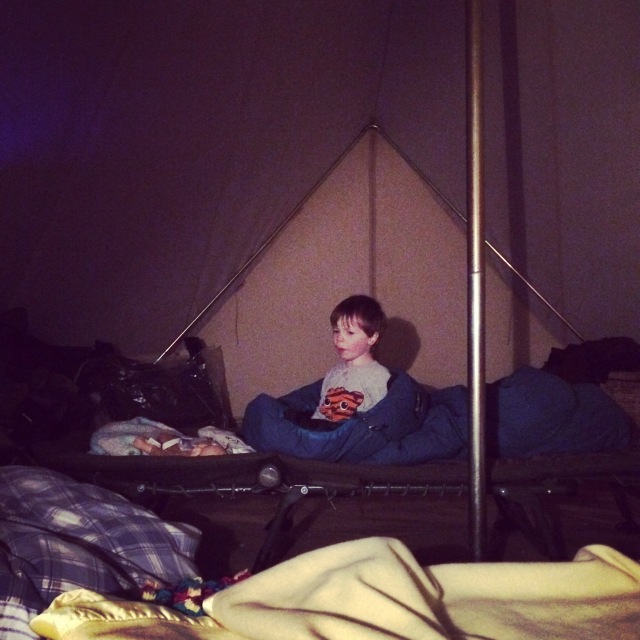 So camping in Wales was a triumph, and Mark wants to buy a caravan there. I have no idea how that fits in with moving back to NZ, but I’m going with it.

The Carhartt jumpsuit arrived, and it is a little tight on the thighs. And it picks up dog hair in the most ungroomed way, but I think with a little bit of squatting and dog hair removal, I am going to look ten years younger. Kind of as young as my boss. 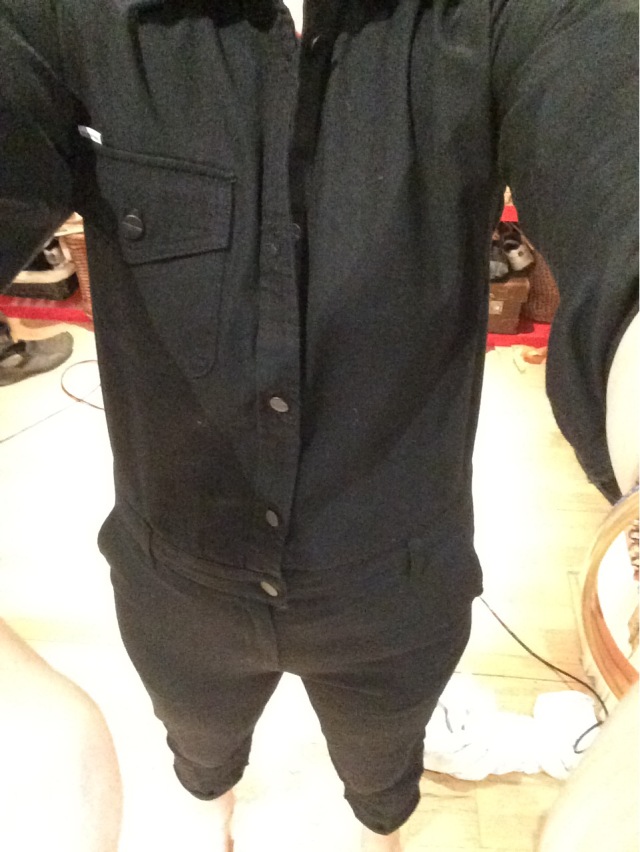 5 Responses to Camping & the youth